Hi friends 😀 This month I get the awesome privilege of participating in the blog tour for Jo’s new blog, Pananaw! Jo has previously been blogging at The Lens and the Hard Drive but decided it was time to switch things up a little. If you haven’t heard of Jo and her blog(s), now’s a great time to hop on board 😉(she feeds us cookies and tells us about dragons, it’s a good time)

Before I hop on into the interview, I have the important task of revealing the next part of the link to Jo’s new blog! She decided to reveal her link piece by piece at different blogs during the blog tour. The first piece of the link can be found at On the Wings of a Dream. On Tuesday and Wednesday you will be able to find the last two pieces at Imperial Scribis and Artsy Arrow. The second piece of the link is…… pananaw

Mk now for the very deep, inspirational, and giggle-worthy interview with the one and only Jo! Enjoy :))

How do you pronounce Pananaw? Am I allowed to pronounce it like banana but in a super deep voice?

Oh my fried fish, that is so terrible and good at the same time. XD No. It’s “pah- nawhnawh” -and you saw the nanaw part really fast. It’s confusing, I know, but hey, tis’ an actual word!

Did you leave yourself sufficient time before the beginning of the blog launch to recover from Endgame? (no spoilers xD)

Sadly, I did not. I knew for a long time I was going to be wrecked, but I didn’t think it would take me forever to recover. And that’s okay. I don’t think I WANT to recover from Endgame.

How long have you been sneakily planning to ditch TL&THD for a new blog?

How.. hey, now, I’m not ditching! It’s still the same thing under a new name and look and url and… okay, okay, I am ditching. But it’s been in the works since, like, October? However, the actual day the ball started rolling was like a few weeks ago. I’m weird like that.

Does Pananaw feel like a really fresh start to you? Or more just like same old thing? Both?

Now that’s an insightful question for the ages.  It does feel like both- while I know what I put up and how I put it up won’t change, it does feel like a fresh and proper start compared to the rather.. messy way I started blogging. (Don’t check the archives people. *shudders*)

What top 3 songs will you be jamming to while writing posts for Pananaw?

I LOVE THIS QUESTION!! Okay, okay, so Brand New by Ben Rector (love that song) I’m Not Here by Me + T (wahhh that one is so sad) and Along The Way by The Hunts (seriously, check their music out they are so good. Really good. WONDERFUL.)

What candy will you be stocking up on for the blogging journey ahead of you?

I have a lot of energy chocolate bars, as well as Hershey’s cookies and cream XD, smarties (we call them rockets here in Canada) and a ton of gummy bears. Those are really very good.

Do you have a pet dragon? What’s its name?

Aha, you’re on to me! Yes, I do, actually, when I was planning on starting blogging, one of the ideas I had was “The Girl In The Tower” with, as you can expect, a dragon for a logo. I had a bunch of wacky ideas back then. But sad to say, that didn’t happen, and I couldn’t talk about Withteeth. ☹ And yes, his name is Withteeth. Related to Toothless.

Which of your WIPs is your favorite?

Gasp, am I supposed to pick? Wah. Well, after finishing my first book and winning NaNo, I’d have to say it’s The A’s & B’s of Normal. Mostly because it’s in a style I have never seen and never written and also mostly because it’s just a lot of fun. I love it. XD

Anything profound to say to convince people to go give you a follow? Or something completely random? Wise piece of advice? Terrible fandom quote?

Uh…. No, I never have anything profound, but thankfully, Mary Poppins does: Anything is possible, even the impossible. As for advice, I’d just say to keep your eyes open and words plus actions cause explosions. Don’t even get me started on fandoms, what on earth Loki meant when he said “the sun will shine on us again” I have no clue. No clue at all.

That’s about it, peeps! Thanks so much to Jo for the interview, can’t wait for launch 😄

Hey friends, welcome to Chasing Fantasia! My name's Isabel, and I'm a Christian teen from the US. This is my space to let my imagination run free and to share my ideas with you. Enjoy :) View all posts by Isabel Eleison 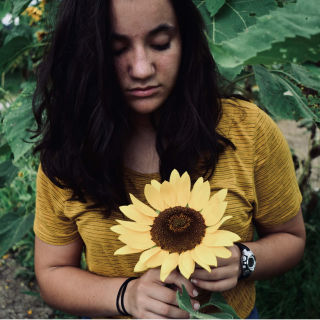 Hey friends, welcome to Chasing Fantasia! My name's Isabel, and I'm a Christian teen from the US. This is my space to let my imagination run free and to share my ideas with you. Enjoy :)